Belonging is an essential biological need for all human beings. We are designed in such a way that if we feel left out from our desired ‘group’ or from a person we want to be connected with then we biologically with an uncontrollable intention go into a self-destructive state that might include a self-destructive narrative such as suicide & other possible paths of self-harm.

When one experiences this disconnection from belongingness, the biological response is to release large amounts of the stress hormone ‘cortisol’. If we experience a high level of cortisol for more than a short duration, then it becomes highly destructive to our biology and brain.

Our biology requires a regular maintenance cycle, which occurs while we sleep, repairing and replacing cells. This regular maintenance cycle is disturbed by cortisol (and lack of sleep). This disturbance to our maintenance cycles results in reduced immune functions and an increased susceptibility to all sorts of diseases. Cortisol passes through the blood-brain barrier and if our neurons (and neural connections) are exposed to high levels of cortisol for prolonged periods then cortisol begins to destroy the protective myelin covering of those neurons and connections, eventually damaging and killing those neurons and connections. This essentially damaging our brain in ways that, over time, can be measurable. Depression and a constant need of fight or flight has the affects of long exposure of elevated cortisol Even when the stress response normally stops, some people still feel the experience of fight or flight response for a longer term. Some people will experience ongoing or repeat exposure to excessive cortisol and related stress hormones  Evidently, this means that other bodily functions are repeatedly or chronically affected, often leading to issues such as anxiey, depression, digestive problems, concentration impairment, etc.

Elevated cortisol has a causal effect on other hormones and neurotransmitters, reducing their effect by impacting upon and reducing the efficiency of their associated receptors. We are genetically wired to make belonging connections through millions of years of evolution – such wiring is sometimes referred to as a primary action tendency (it is similar to what System 1 of Daniel Kahneman). This essentially means: we are ‘born’ to form connections. Leaving aside the prenatal (mother’s womb) environment developmental argument for a moment; we have a secondary action tendency (similar to System 2 of Daniel Kahneman) that is learned through experience and environment and that is one of survival and protection. Primary and Secondary action tendencies are similar to Kahneman’s System 1 and System 2 where System 1 is faster and sub-conscious and System 2 is slow and conscious. Primary actions are what is coming from inside (what we want to innately do) whereas secondary action tendency is what is coming from outside (what we want to do considering the outside and environment).

Fearful environments in the initial stages of an infant or child (a new born has 10 billion neurons and eventually a grown child has 100 billion neurons) cause the infant brain to develop in anticipation of those fearful environments being a constant throughout life. More developmental energies and connections goes to parts of the brain like the amygdala and other areas associated with autonomous and instinctual protective mechanisms. Complex reasoning is not required for survival so areas still to develop like areas of the cortex, the hippocampus, and particularly the prefrontal cortex and anterior cingulate, and the connections between these areas experience a reduction in developmental energies. The consequence of this is you eventually end up with a person over-primed for fight or flight. These people interpreting fight or flight situations out of even a normal situation. The behavioural aspects of these people are an increased tendency to be argumentative, aggressive, violent, or, alternatively, they may have a tendency to run away from conflict, or both, and a reduced ability to control impulsive tendencies. The implications don’t stop there and it has a network effect on your secondary action tendencies too. What caused the initial fear is integrated into the autonomous learning of the survival mechanisms. Implicit reminders of that fearful experience or environment will trigger survival behaviors (fight or flight) and the individual might be overwhelmed by the urge to attack or run away without being able to connect that feeling with their present situation, creating issues such as depression and procrastination where the individual exactly doesn’t know why s/he is behaving in this way.

Such overwhelming compulsions without a present situation that could be associated would cause an effect known as ‘cognitive dissonance’ in our brains. Cognitive dissonance is a highly unpleasant state, so we are wired with the inclination to avoid it at all costs. Therefore, the brain starts to fabricate a cause from the current environment or context and associates this feeling of cognitive dissonance to that cause. In the case of implicit reminders of fearful experiences or environments, a narrative will be assembled by processes in the brain that connect the implicit emotions of the reminder to something in the current environment, even if, as in neurotic states, this requires a total magnification or fabrication of a threat.

But, what happens if the fabricated threat is something or more importantly someone, you have formed an important or essential belonging connection? It means any act of establishing a connection triggers a survival response of fight or flight. You will implicitly learn to expect secondary danger from a primary belonging connection. Belonging, instead of being implicitly perceived as a source of safety, is perceived as a source of life-threatening danger. This is what occurs when a primary caregiver (mother, etc.) has caused a severe reaction from the secondary action tendency of survival. Bonding and belonging, in any meaningful way, are responded to with an overwhelming implicit survival reaction (fight or flight). Whether it be emotional or physical abuse, a death of the connected person, or abandonment by the connection, the response to any subsequent belonging connection is to implicitly fear a repeat of the experience or environment and activate an implicit and autonomous survival reaction to destroy or escape the danger. So, the desire to form a belonging connection is there, but the act of developing that belonging in any meaningful way brings conflict and evasion tactics from the implicit defenses. It may be that the desire to form the belonging connection gets stronger as a result of the repeated resistance and an escalation of the internal battle between love and fear, but it inevitably crashes into the implicit fight or flight response.

The implicitly held belief is that making a belonging connection will be a source of safety, and that is how real development is done by human beings. However, in individuals with elongated exposure to elevated levels of ‘cortisol,’ the reality is that:  any meaningful attempt to develop a connection will trigger a course of events in the survival response of ‘fight or flight’ and eventually the amygdala wins by flying away from the situation.

Hope this is useful, thank you. 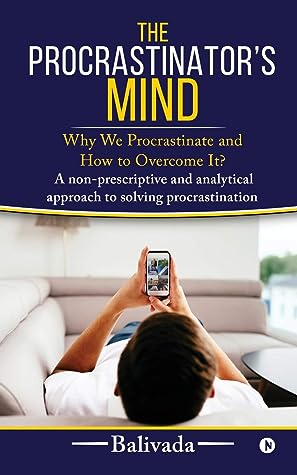